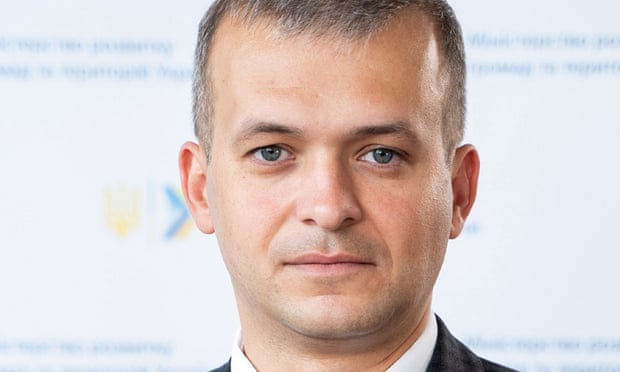 Ukraine’s deputy infrastructure minister, Vasyl Lozinskyi, has been detained and dismissed from his post for allegedly stealing $400,000 (£320,000) intended for purchasing aid, including generators, according to Ukraine’s state anti-corruption detectives and prosecutors.

After the news emerged, Ukraine’s president, Volodymyr Zelenskiy, vowed that the old ways of corruption would not return to Ukraine.

“I want this to be clear: there will be no return to what used to be in the past, to the way various people close to state institutions or those who spent their entire lives chasing a chair [a state position] used to live,” said Zelenskiy in his nightly address on Sunday without specifically mentioning the case.

Lozinskyi is said to have colluded with contractors to inflate the price of generators and siphoned off part of the difference, according to Ukraine’s anti-corruption bodies. Other national and regional officials are also said to have been involved. Over the summer, the Ukrainian government allocated 1.68bn hryvnia (approximately £36.7m) for goods and technology that would help provide alternative sources of energy, water, and heat for its population during winter.

The goods were bought to prepare Ukraine in case Russia targeted its energy infrastructure – which it has done on a regular basis, starting in September.

Lozinskyi was detained on Saturday by anti-corruption investigators. In a statement, they said they found $38,000 in cash in Lozinskyi’s office and published a picture of piles of dollar and hryvnia notes. On Sunday, Lozinskyi was sacked by the government. He has made no comment on the allegations.

Before the war, corruption scandals were an almost daily feature of Ukrainian political life. The country was ranked 122 out of 180 by Transparency International in 2021, making it one of the world’s most corrupt countries. The EU has made anti-corruption reforms one of the key requirements for Ukraine to gain EU membership.

Since the war, there have been far fewer known instances of corruption as society focused on the wartime effort. But journalists have returned to scrutinizing the elites in recent months.

Pavlo Halimon, deputy head of Zelenskiy’s party – named after his TV show, Servant of the People – was also dismissed on Monday because of corruption allegations, which he has not responded to. Ukrainian news site Ukrainska Pravda published an investigation on Monday morning into his purchase of a Kyiv property for more than his declared means. The head of Zelenskiy’s party, Davyd Arakhamia, called for the matter to be investigated and dismissed Hamilon, saying his actions contradicted the values of the party.

“If you are an [MP] and have a few extra million hryvnias, then you should help your country. This is your duty,” said Arakhamia.

Ukraine’s defense minister, Oleksiy Reznikov, also found himself in the spotlight this week after another Ukrainian publication, ZN.UA, published an investigation into food procurement by the defense ministry. It claimed that food contracts for the army were being inflated. But Reznikov has denied the claims and has insisted a parliamentary committee be established to investigate. According to Reznikov, the price difference can be explained, in part, by deliveries to frontline areas and in part because different suppliers have different specialties.

Zelenskiy, who was elected on a pledge to change the way Ukraine was governed in 2019, also said in his nightly speech on Sunday there would be an announcement on the issue of corruption this week.

“This week will be the time for appropriate decisions,” Zelenskiy said. “The decisions have already been prepared. I do not want to make them public at this time, but it will all be fair.” 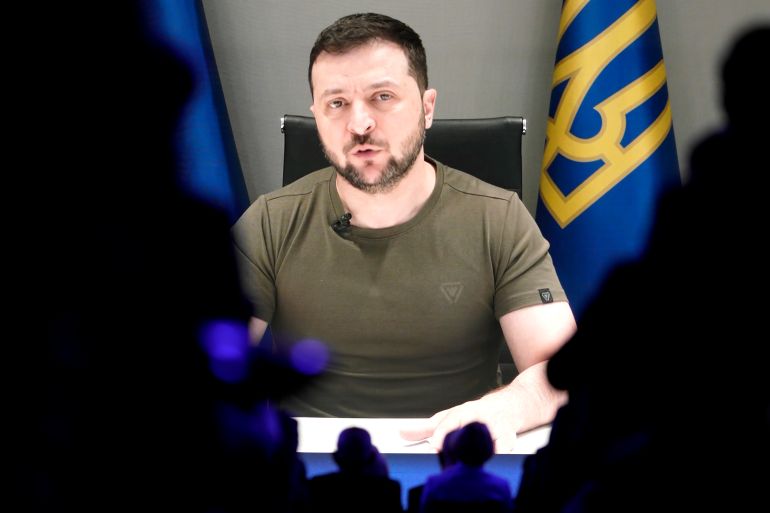